There are some people who have really made friends with the Chinese language and it comes out of them so naturally that you need a double-take to make sure they are not Chinese. I was so inspired by these people’s ability that I decided to interview them for some tips and wisdom to help the rest of us on our journey towards fluency. 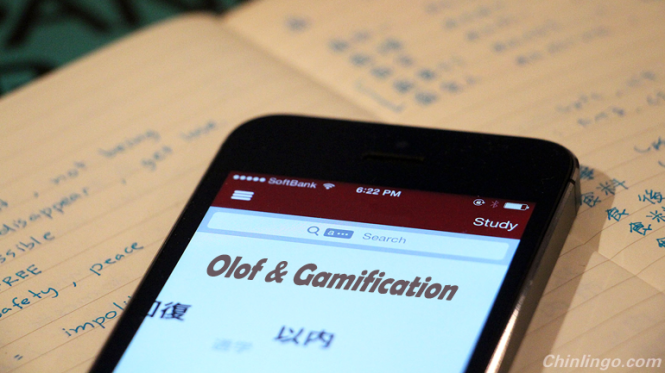 Why did you choose to learn Chinese?

Well, I chose to go to China because I got a job offer to work for a company in Beijing. I had never really thought of going to China but at that time I was sort of looking to do something new and I thought, well, it’s something completely different and it is far away from Sweden so the weather must be good. But then it was Beijing.

I didn’t think I was going to stay for very long, initially. Apparently I told a friend I was there, “Just for a few months,” and now here I am, 7 years later. Time flies.

How did you learn Chinese?

In general over these 7 years in China it has been mostly on my own, just talking to people really. I use this app called Skritter, which is really good. I use it every day; I am practising constantly. To me language is really about what you practice. How you talk to people. That is what makes it real.

Did you ever take classes?

I did, yeah. I had private teachers initially. I spent three years in Beijing and I had teachers for half of that time but it was very unstable: once a week, twice a week. My teachers were a bit too flexible, so it would be like, “It’s ok, don’t worry if you are hung over today we don’t have to have class.” That is not good for discipline, right? You want a teacher that says, “What? You didn’t do your homework? I am going to fire you as my student!”

How do you find the motivation to keep learning on your own?

I feel like over time it has really gone in waves. I will study quite intensely for a period of time, and then I feel like I am not learning anymore, because my brain gets too full. And then a few months later I start again. I track my progress on Skritter so it is painfully obvious when I fall behind. If I don’t study for a day I lose points and get behind on it.

But it’s much easier to use apps on your phone because then you can just practice anytime, whenever you have a few minutes here or there. It’s the gamification of the learning process that keeps me hooked. In the end, I think it is fun, really. I am interested in Chinese and that keeps me motivated. 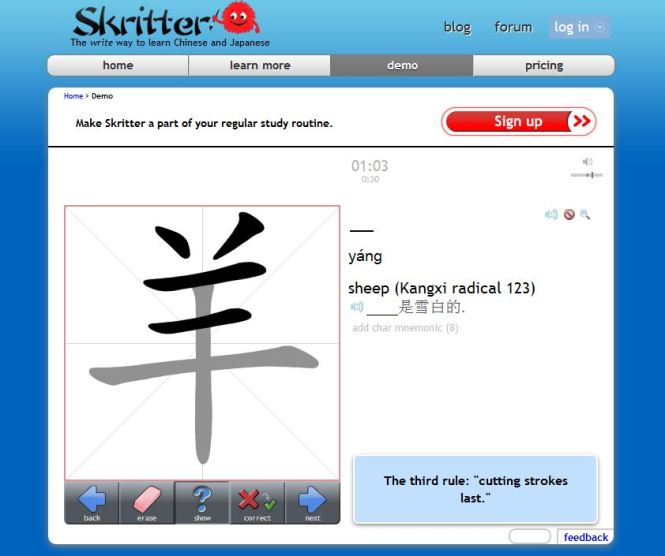 Which part of the language do you find the most difficult?

I guess it is all hard. But one of the most difficult parts, I’d say, is reading handwriting – because I never really practice it. Even just fonts are difficult: to read something in standard font on your computer is one thing. But in a different font it can look totally different. So you have to really understand what the core component of the character is regardless of the style.

What part of Chinese do you really enjoy?

I like it when you learn a new word and it works better in Chinese than it does in English. A lot of words in European languages come from Latin, but nobody knows the original meaning because it gets lost. But Chinese has a very straightforward way of saying things so it is much clearer.

Also studying characters… I am studying Traditional Chinese as well, which is even more logical. A lot of that logic has been lost in the simplification process. You can see the meaning instantly from the character. It can be a beautiful thing to see how this seemingly complicated concept is illustrated in a little drawing, or putting two of them together.

Do you have any words of encouragement to others starting out in Chinese?

If you are finding it tough, just wait a few months and pick it up again. Your brain could be full. It gets easier. I used to get really tired when talking Chinese. I would have to make the person I was talking with switch back to English after a while because I would just feel exhausted. But now it is much better.

This article was featured on Chinlingo.com (an online platform for learning Chinese).

One thought on “Chinese Feats: Olof and Gamification”