The education system in China is strict and exacting, and there is no relief to be found at home for the students either. Their piles of homework are notoriously high, and competition for top-of-the-class is more fierce among parents than the students themselves. I don’t need to explain the negative impact it has on society. It is so ingrained in the culture that I was beginning to wonder if change was even possible. Then I found the Vegetable Community.

Something is stirring down in Yunnan province, in the furthest corner of China away from Beijing. It was in a little town called Dali that I met Julia, a jolly woman with a big laugh and short spiky hair who, together with a few other families, has pooled resources to start a homeschool for their kids. 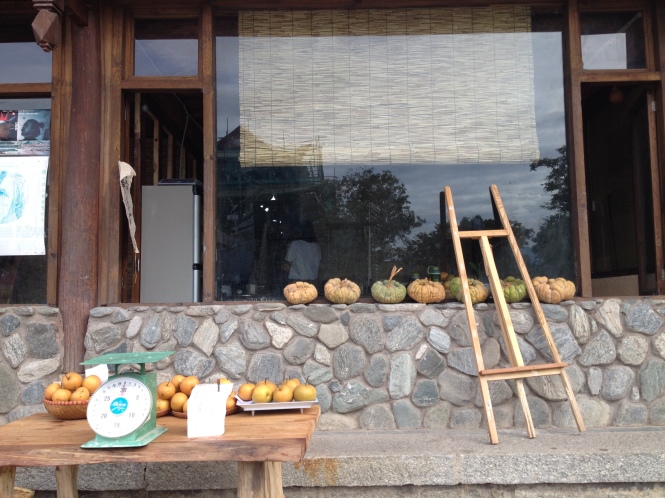 This is Julia’s story of how she took her daughter out of the government education system and started a new life:

Born in Sichuan province, Julia moved to Guangzhou to get married, then worked for ten years managing a manufacturing company. She loved her job but her daughter was very unhappy at school. After some research she found schools that offered a practical, outdoor education in Dali.

I had a very happy childhood. My brother and I used to play in the mountains and make our own wooden toys. Going back to nature is not a new thing, it’s just coming back to common sense. I enjoyed learning at school, so I knew something was wrong when I saw children being forced to learn, and not enjoying it. Education is fun; the desire to learn is natural in all of us. When my daughter lost that curiosity, I was so concerned that I withdrew her from the school.

Her daughter was much happier in this new school in Dali, but it closed a year later. After much deliberation, it dawned on Julia one day that she could just start something herself.

I had a vision for a community that would provide a holistic environment for education, where learning could happen continuously, in every interaction with the environment. I remember asking important questions such as ‘who am I’ when I was very young- this is everyone’s nature. But the government education system doesn’t give children the space to ponder these questions. The seeking of knowledge is an inner desire, and learning is a life long process, not just for school. I wanted to find a way to bring back the natural motivation to learn in these kids.

So she joined forces with a teacher named Chongyi, and they bought a house, offering free accommodation to anyone who would help them set up for homeschooling. Gradually they were joined by more families curious about different education methods, who stayed to contribute their skills to the community.

I’m not a teacher, but I started by organizing tasks for parents to accomplish together with the kids. I don’t want them to see us adults as having all the answers, so I give them space to figure out solutions for themselves.

So what do all these good intentions look like on a day-to-day basis? I was able to join in for the few days I was with them, and see for myself.

The day starts early with a run and karate practice. The morning is for academic study and the afternoon is for outdoor activities and practical skills like pottery, woodwork, or dressmaking. The younger children have more vocational classes, and the teenagers are left to choose for themselves what to do with their afternoons. In the evenings everyone makes dinner together using the fresh produce from the community’s organic garden.

Teachers are made up of parents, local artisans, merchants, volunteers, and of course there are always books. I was amazed by a student’s fluency in English and asked how he learnt it. It turns out that Harry Potter audio books are all that is needed to grasp the English language.

Julia organizes activities for them all over town and in the neighboring countryside. She has so much energy she is sometimes even a match for the kids themselves. 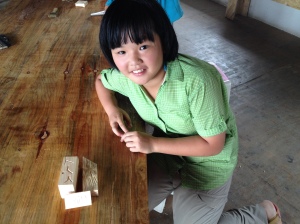 “We have many friends around Dali with all sorts of different useful skills and we often team up together, so, in a way, it’s like the whole of Dali is a community.

The parents are also learning a lot too. When two kids get into an argument, their parents will usually be the judges. But in our community, we try to observe and not interfere. We give the children time and space to resolve it, and we wait until the right time to step in if necessary. At my daughter’s age, they are very concerned with right and wrong and often look to parents for advice. But often there is no right or wrong, so we encourage them to look at situation and figure out what is appropriate.

ChongYi explained that schools do not take the natural development of a child’s mind into consideration. A child should learn natural sciences at Primary School, as this uses the physical senses which young children rely on to explore the world around them. They are likely to be more motivated to solve scientific problems at that age. Maths and more abstract subjects should come at a later stage.

After a few years of trying out different ways to see what works, we are starting to see results. 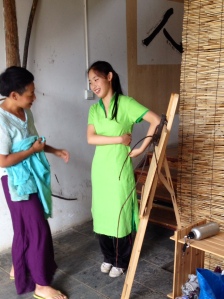 My daughter is much happier now – she is involved in many outdoor activities and studies voluntarily. When we had a class to dissect a pig I was amazed at how calm, composed and focused my daughter was. She was interested in doing more dissections – a snake, a mouse, and then she started to read up on anatomy books. After a while she decided she wanted to be a doctor. When a doctor came to our community she peppered him with questions. I have not seen public school children with anywhere near as much curiosity. After that she focused on learning English in order to learn western medicine.

But what about the disadvantages of not having state credentials? Julia is not worried: there are procedures in place for students wanting to re-enter the school system. She isn’t sure universities are all that useful anyway, as most university students are either not motivated to learn, or, if they are, not satisfied with the teaching.

One student opened his own pottery shop after only one year at university because the teacher had nothing more to teach him! When it comes to getting jobs, our students may be at an advantage. Broader minds allow for more opportunities. When facing problems, they don’t give up easily. They can call on a wider range of skills find a solution. We aim to give our students a well-rounded education so that by 15 years old, they will not only have the motivation, but also the actual ability to learn.

The few days that I was part of this community involved a lot of ‘firsts’ for me. After two years teaching in China, in both private and public schools, this was the first time I saw students with the freedom to go out and play. I was also struck at how different these kids were to the thirteen year olds I was used to teaching. There was no shyness around the ‘foreigner’, no giggling behind hands, but rather a confidence in themselves and a casual respect for others that I only later figured out to be maturity.

Whether this community’s methods are effective or not was not for me to decide. It was simply a refreshingly different experience that allowed me a big sigh relief. Sitting down with Julia for a last cup of tea before I left, I told her how impressed I was with everything she was doing. She laughed and said,

“I still have a lot to learn, but what I have achieved in the last 4 years has been just by being open to learn from everyone, even the children. If I had any qualities it would be a willingness to try and being unafraid to lose. I can put things into practice because I know mistakes are ok. Everyone should find their own way, their own life.”

With that, she stuffed an organic pear from their orchard into my bag and I was on my way.

2 thoughts on “The Vegetable Community”

Follow A Piece of China on WordPress.com
Join 13 other subscribers